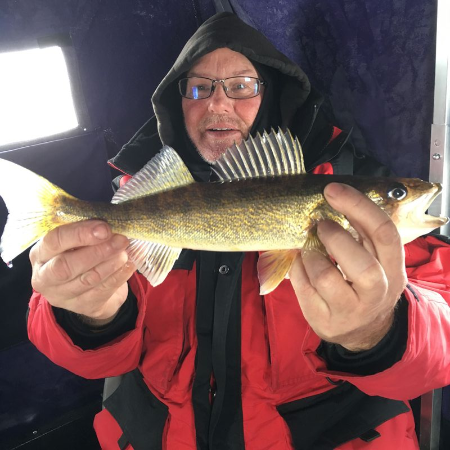 We finally have ice!  While the fish houses aren't out yet, I still wanted to get out fishing so I headed up to Mille Lacs early this morning with my portable and 4 wheeler.  I checked in at Hunter's Point (a favorite spot) and headed on out to a flat on the wheelers with my friend and neighbor John.  We were going to look for walleyes.

It was a little tough going on the lake, got stuck with the wheelers a couple of times but we persevered and ended up having a great time.  Yes the temps were dropping and the wind was picking up but, when you've been deprived of ice fishing until January, you just have to suck it up. 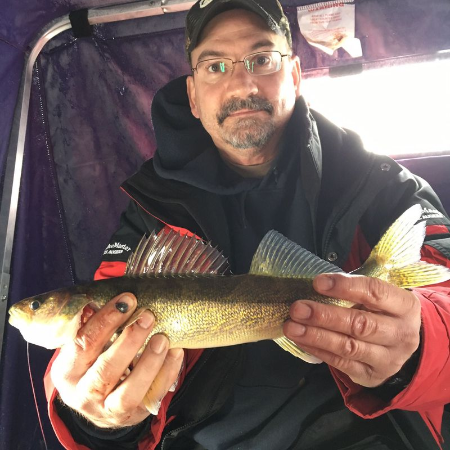 We fished in about  28  feet of water with a minnow on a dead stick pink hook and a purple spoon and minnow head.   The walleyes were biting although they weren't in the keeping slot range. Caught many walleyes in the 13-17" range. The future of the lake looks great with this kind of fish being caught.

Nice looking guys. . . . too bad you couldn't keep the walleyes

It took us a while to get out there and a few minor glitches along the way, but when we were finally able to get some minnows in the water, we started catching walleyes.
No keepers......because of the slot on Mille Lacs.......but the bites were consistent which made being out in the wind and cold worth it. Jim could find walleyes in a mud-hole!!

The comments to this entry are closed. 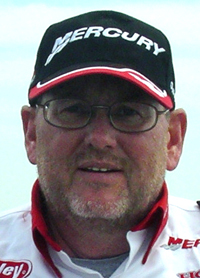 Hello, I am Jim Peters. I have been fishing my entire life. Whether it is sport fishing, tournaments or guiding, I love to fish! I have lived in Hastings Minnesota, not far off the Mississippi River which is also only a few short miles to the St. Croix River.
Read More...